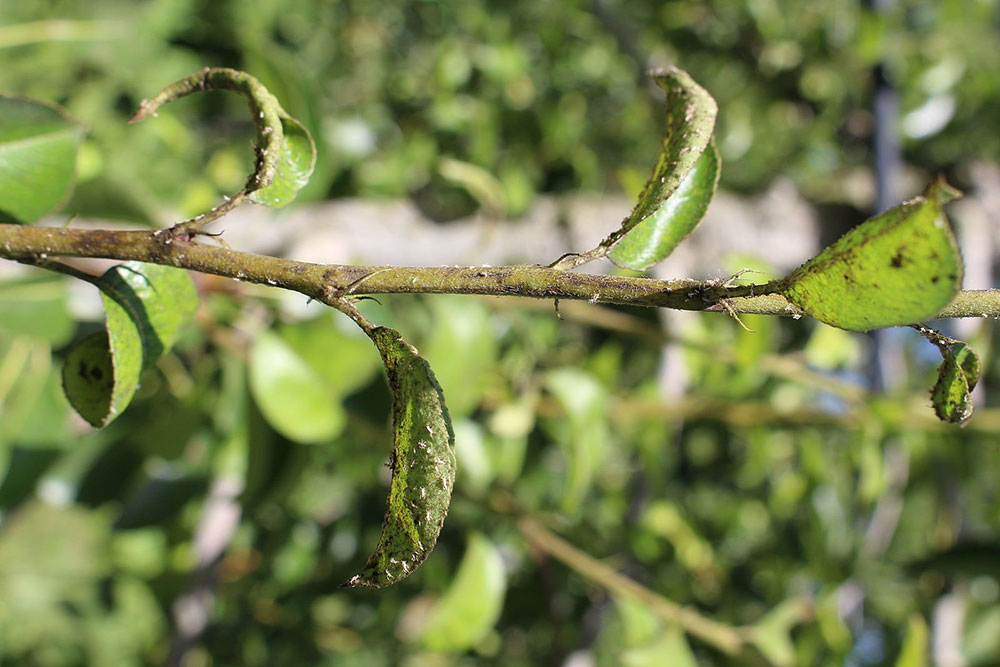 Commencement of flight and egg-laying for psylla in pear trees

Cacopsylla pyri is the pest that has had the greatest impact on our pear crops in recent years. During the various nymph stages of the insect’s life cycle, it feeds on the softer parts of the tree and excretes a substance that affects pear quality. 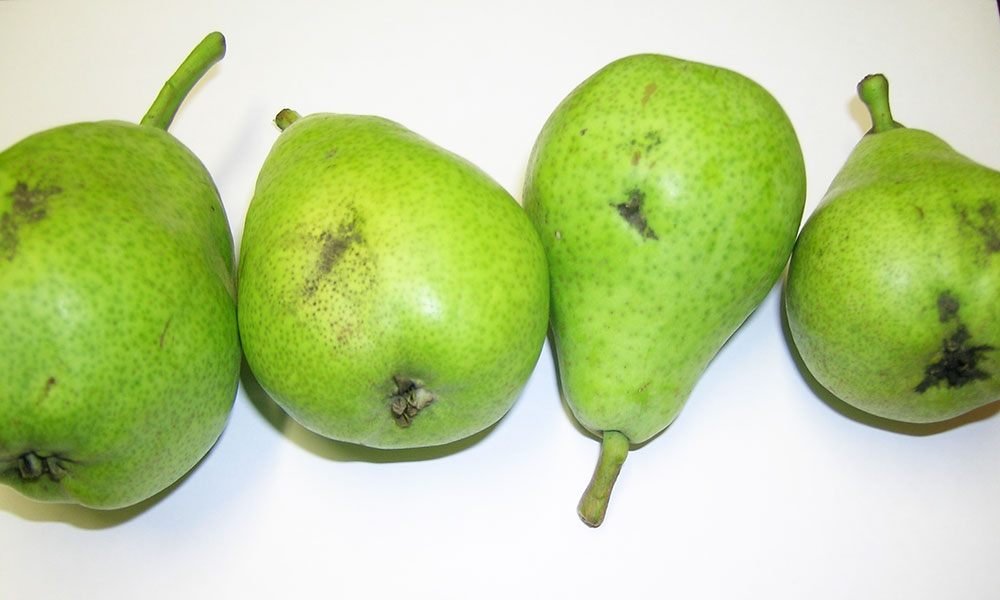 The attacks begin in late January and early February, when adult insects start to appear in pear orchards. They tend to arrive during the hours of sunlight, having spent the winter living among weeds, brambles, reeds and similar plants. They can survive temperatures as low as -15ºC.

The adults are around 2.5 millimetres in length, with membranous wings and legs that are adapted for jumping. Males and females can be distinguished through differences in the genito-anal area on the lower part of the insect’s abdomen.

Fertilization and ovarian maturation occur separately in this species: when the females reach maturity (stage M5) and maximum temperatures remain above 8ºC for a period of two days, they begin to lay their eggs. A hibernating female lays an average of 200 eggs in her lifetime.

To monitor the population during this stage of its development, we perform frappage, in which 40 trees are shaken 40 times, after which we record the stage of development the females have reached. We also perform a visual search on 40 fruit spurs (flowering organs) for evidence of egg-laying.

These measures provide us with information we can then use to apply treatments to dissuade the insects from laying eggs on farms where such treatments are effective. It also enables us to predict when the first nymphs will start to hatch.